An Evening with Liz Moore!

Please join the Free Library of Northampton Township and the Newtown Bookshop as we welcome Liz Moore on January 23rd at 6:30pm at the Free Library of Northampton Township!   Liz will be celebrating the release of her EXTRAORDINARY new novel, LONG BRIGHT RIVER which is set in Philadelphia!    Liz will be talking about her new book and signing copies.    This is a FREE event! 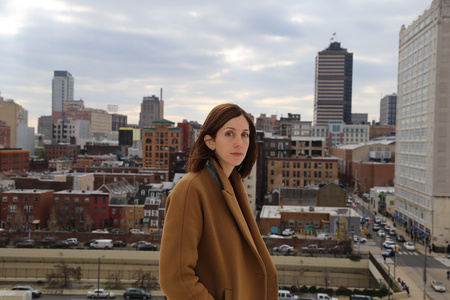 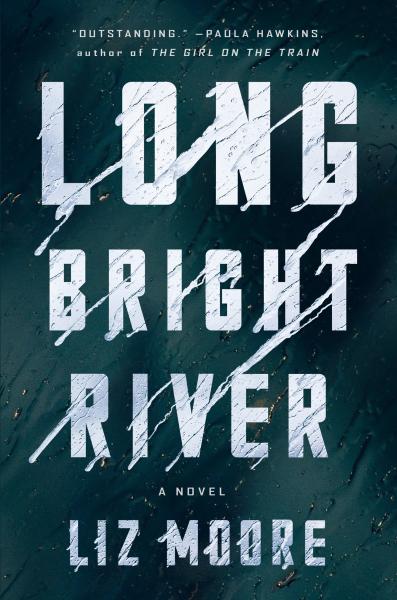 a riveting mystery, perfectly paced. I loved every page of it.”

LONG BRIGHT RIVER is a gripping story about two sisters that masterfully blends the heart-pounding pace and drama of crime fiction with the emotional intimacy of a family story.  This highly anticipated novel is already one of the buzziest books of 2020 and has already won the love of heavyweights Dennis Lehane, Paula Hawkins and Megan Abbott.  Set against a vivid neighborhood in Philadelphia rocked by the opioid crisis, Liz Moore does for Philly in LONG BRIGHT RIVER what Lehane does for Boston or Richard Price does for the Lower East Side: gives readers a gritty, cinematic, street-level crime story so integrated into its setting, the place is almost a character itself.  At the heart of the novel are two sisters who occupy the exact same neighborhood, but leading drastically different lives: one is a police officer, while the other suffers from heroin addiction and lives on the streets. Once inseparable, they haven’t spoken for years, but when women start being murdered in the area and one sister goes missing, the other must risk everything to figure out what happened and to save her sister.

Liz Moore is a writer of fiction and creative nonfiction.

Her first novel, The Words of Every Song (Broadway Books, 2007), centers on a fictional record company in New York City just after the turn of the millennium. It draws partly on Liz's own experiences as a musician. It was selected for Borders' Original Voices program and was given a starred review by Kirkus. Roddy Doyle wrote of it, "This is a remarkable novel, elegant, wise, and beautifully constructed. I loved the book."

After the publication of her debut novel, Liz obtained her MFA in Fiction from Hunter College. In 2009, she was awarded the University of Pennsylvania's ArtsEdge residency and moved to Philadelphia.

Her second novel, Heft, was published by W.W. Norton in January 2012 to popular and critical acclaim. Of Heft, The New Yorker wrote, "Moore's characters are lovingly drawn...a truly original voice"; The San Francisco Chronicle wrote, "Few novelists of recent memory have put our bleak isolation into words as clearly as Liz Moore does in her new novel"; and editor Sara Nelson wrote in O, The Oprah Magazine, "Beautiful...Stunningly sad and heroically hopeful." The novel was published in five countries, was long-listed for the International IMPAC Dublin Literary Award, and was included on several "Best of 2012" lists, including those of NPR and the Apple iBookstore.

Moore's short fiction and creative nonfiction have appeared in venues such as Tin House, The New York Times, and Narrative Magazine. She is the winner of the Medici Book Club Prize and Philadelphia's Athenaeum Literary Award. After winning a 2014 Rome Prize in Literature, she spent 2014-15 at the American Academy in Rome, completing her third novel.

That novel, The Unseen World, was published by W.W. Norton in July of 2016. Louisa Hall called it "fiercely intelligent" in her review in The New York Times; Susan Coll called it "enthralling . . . ethereal and elegant . . . a rich and convincing period piece” in her review in the Washington Post. The Unseen World was included in "Best of 2016" lists by The New Yorker, the BBC, Publishers Weekly, Vox, Google Play, and Audible.com, among others.

She lives with her family in Philadelphia and is a faculty member of the MFA program in Creative Writing at Temple University.

"[Moore’s] careful balance of the hard-bitten with the heartfelt is what elevates Long Bright River from entertaining page-turner to a book that makes you want to call someone you love.” – The New York Times Book Review