Will be held VIRTUALLY, please email kathy@newtownbookshop.com  if you want to join in!
We will be discussing "Morningside Heights"  by Joshua Henkin.  All are invited to join us!

We are so excited that Joshua Henkin will be joining us on our Zoom meeting at 11:30! 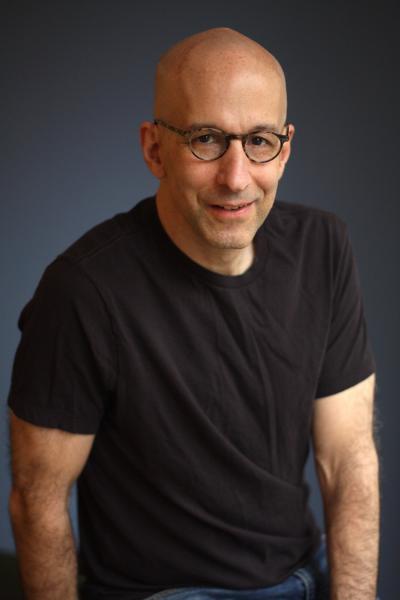 Note, June will be the 4th Thursday of the month instead of the 3rd.

When Ohio-born Pru Steiner arrives in New York in 1976 after graduating from Yale, she follows in a long tradition of young people determined to take the city by storm. But when she falls in love with Spence Robin, her hotshot young Shakespeare professor, her life takes a turn she couldn't have anticipated.Thirty years later, something is wrong with Spence. The Great Man can't concentrate; he falls asleep reading The New York Review of Books. With their daughter, Sarah, away at medical school, Pru must struggle on her own. One day, feeling particularly isolated, Pru meets a man, and the possibility of new romance blooms. Meanwhile, Spence's son from his first marriage has come back into their lives. Arlo, a wealthy entrepreneur who invests in biotech, may be his father's last, best hope. MORNINGSIDE HEIGHTS is a sweeping and compassionate novel about a marriage surviving hardship. It's about the love between women and men, and children and parents, about the things we give up in the face of adversity, and about what endures when life turns out differently from what we thought we signed up for.

Joshua Henkin's most recent novel, MORNINGSIDE HEIGHTS, was named The Book of the Year by the Chicago Tribune. It was longlisted for the Joyce Carol Oates Prize, selected by the American Booksellers Association as the #1 Indie Next Pick, and named an Editors' Choice Book by The New York Times. Joshua is also the author of the novels SWIMMING ACROSS THE HUDSON, a Los Angeles Times Notable Book; MATRIMONY, a New York Times Notable Book; and THE WORLD WITHOUT YOU, which was named an Editors' Choice Book by The New York Times and The Chicago Tribune and was the winner of the 2012 Edward Lewis Wallant Award for Jewish American Fiction and a finalist for the 2012 National Jewish Book Award. The film version of THE WORLD WITHOUT YOU, directed by Damon Shalit, was released in 2019 and stars Radha Mitchell, James Tupper, PJ Byrne, Perrey Reeves, and Chris Mulkey. Joshua lives in Brooklyn, NY, with his wife and daughters and their huge Newfoundland, and he directs and teaches in the MFA program in Fiction Writing at Brooklyn College.

A New York Times Book Review Editors' Choice Book • When Ohio-born Pru Steiner arrives in New York in 1976, she follows in a long tradition of young people determined to take the city by storm. But when she falls in love with and marries Spence Robin, her hotshot young Shakespeare professor, her life takes a turn she couldn’t have anticipated.