Please join the Newtown Bookshop as we celebrate the publication of "Becoming Bonnie" by Jenni L. Walsh on Saturday, May 13th at 1pm!   All are Invited! 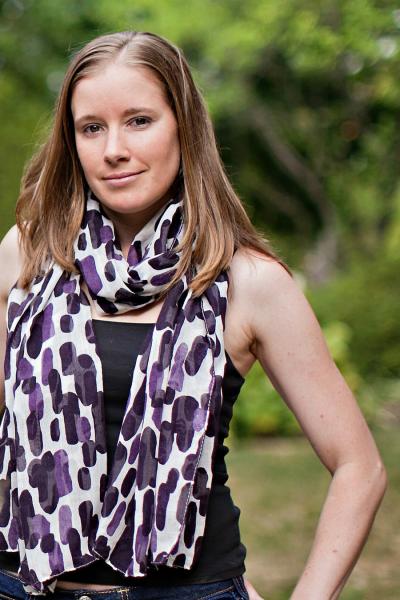 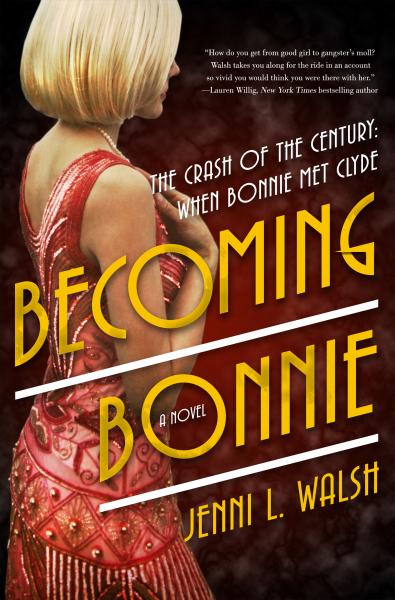 Travel back to the height of the Roaring Twenties and meet Bonnelyn Parker before she takes to a life of crime in Jenni L. Walsh’s debut novel BECOMING BONNIE (Forge Hardcover; $25.99; On-sale: May 9, 2017). Find out how a young woman who was promised the American dream and given the Great Depression fell so hard for a convicted felon—and turned to crime herself.

Bonnie and Clyde are two of the most famous outlaws in American history. They have captured people’s imaginations for decades, and now BECOMING BONNIE will continue their story on the small screen: it has been optioned for television by Edyson Entertainment, headed by Ed Gernon, a veteran producer whose credits include Nuremberg, Joan of Arc, and Confessions of an Ugly Stepsister among many historical TV specials.

Jenni L. Walsh has spent the past decade enticing readers as an award-winning advertising copywriter. BECOMING BONNIE marks her turn to the lives of heroic women: Walsh also has a new middle grade series with Scholastic, Brave Like Me, that tells true stories of young women who accomplished great feats of perseverance and bravery.

Pick up BECOMING BONNIE and step back to the summer of 1927 to meet Bonnelyn Parker, a sharp girl with plans to overcome her family's poverty, provide for herself, and maybe someday marry her boyfriend, Roy Thornton.

What she doesn't know is that her life—like her country—is headed for a crash.

She’s about to meet Clyde Barrow.

“A compelling account of a nation and a life in disarray—readers will feel for Bonnelyn as she finds herself scrabbling for survival in a world turned upside down. How do you get from good girl to gangster's moll?  Jenni Walsh takes you along for the ride with Bonnelyn Parker in an account so vivid you would think you were there with her.”
—New York Times bestselling author Lauren Willig

"In BECOMING BONNIE Jenni Walsh delivers an intriguing insight into the life of one half of the infamous duo, Bonnie and Clyde. I look forward to reading more from this new author."
—New York Times bestselling author Hazel Gaynor

“A dazzling and compulsively-readable adventure of self-discovery, with a voice both singular and irresistible.  I dare you not to fall in love with Bonnie, and her intoxicating, wholly immersive world.”
—Lee Kelly, author of City of Savages

Perfect for readers of Paula McClain, Lisa Wingate, and Hazel Gaynor, and fans of Bonnie and Clyde, Breaking Bad and Netflix's The Highwaymen, Jenni L. Walsh's sparkling debut tells the story of Bonnie Parker as it's never been told before—in her own words.