The Newtown Bookshop is thrilled that we will be hosting some area school visits with Bob Shea and Zachariah OHora throughout the day.  The author and illustrator team will be touring celebrating the release of their new picture book WHO WET MY PANTS?!

The Newtown Bookshop is offering signed copies of their books to all our customers, please order below or call the store at 215-968-2400. 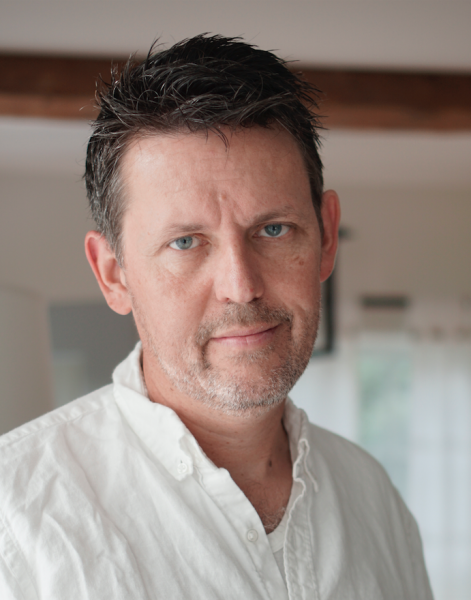 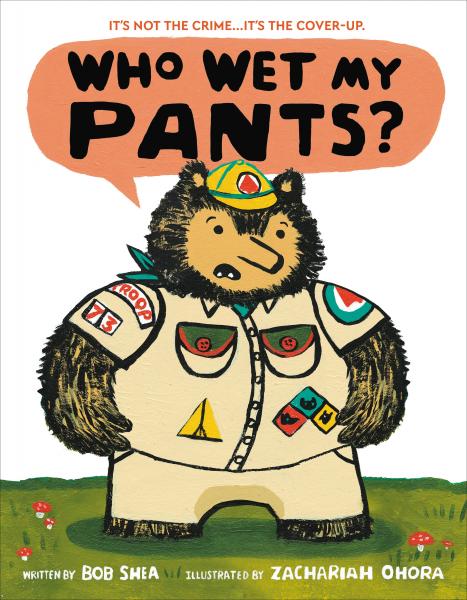 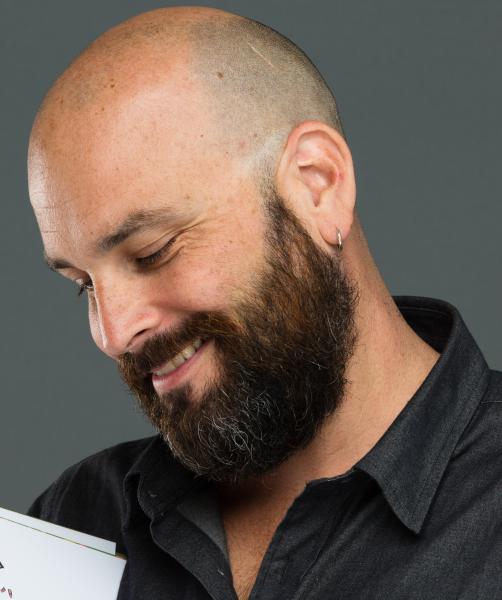 In WHO WET MY PANTS? by Bob Shea and illustrated by Zachariah OHora (On Sale September 17, 2019; Ages 4-8), it’s not about the crime...it’s about the cover-up. A hilarious tale of blame, compassion, and forgiveness, a very embarrassed bear is reminded that accidents can happen—but with the support of good friends, life goes on.

In the book, Reuben the bear's got donuts for everyone in his scout troop, but his friends are all staring at something else: There's a wet spot on Reuben's pants and it's in a specific area. "WHO WET MY PANTS?" he shouts, and a blame game begins. His buddies try to reassure him there was no crime, just an accident that could happen to anyone. But as all of the clues begin to point in Reuben's own direction as the culprit, Reuben must come to terms with the truth.

Who Wet My Pants? isn't a potty-training book. It's a witty and wise story about embarrassment and anger, empathy and acceptance, and ultimately the support of good friends.

Bob Shea has created many books for young people, including Crash, Splash, or Moo, the popular Dinosaur Vs. series, Unicorn Thinks He's Pretty Great, and the early readers featuring Ballet Cat. He has also invented stories such as Big Plans, illustrated by Lane Smith, and drawn the pictures for books such as Love, Triangle, written by Marcie Colleen. He lives in Madison, CT.

Zachariah OHora is the illustrator of a number of children's books, including Wolfie the Bunny and Read the Book, Lemmings! (both written by Ame Dyckman). His author-illustrator debut Stop Snoring, Bernard! was awarded the Society of Illustrators Founder's Award, and his book No Fits Nilson! was the Huffington Post Best Picture Book of the Year for 2013. He lives and works in Narberth, PA.

Who Wet My Pants? (Hardcover)

In this hilarious tale of blame, compassion, and forgiveness, a very embarrassed bear is reminded that accidents can happen--but with the support of good friends, life goes on.

Unicorn Is Maybe Not So Great After All (Hardcover)

You remember Unicorn. You know, Goat's friend? The one who can fly, make it rain cupcakes, and turn things into gold? On the first day of school, Unicorn expects to make his usual big splash. But no one pays him much attention--the other kids are much more interested in the latest trend in toys: rubber bands that look like other things.

Calling all daredevils! It's time to play CRASH, SPLASH, OR MOO! in this boisterous picture book with all the excitement of a game show.

Families of all kinds will delight in this sweet tale of new babies, sibling rivalry, bravery, unconditional love...and veggies!

The New York Times-bestselling duo behind Wolfie the Bunny presents a hilarious read-aloud about accidents, outbursts, manners...and the power of saying "I'm sorry."

Dinosaur is going to one of his favorite places: the library! On the way, he invites his friends--a lonesome turtle, a sad owl and more-- to roar along with him. But how will his roaring go over at the library?

Ballet Cat and Sparkles the Pony are trying to decide what to play today. Nothing that Sparkles suggests--making crafts, playing checkers, and selling lemonade--goes well with the leaping, spinning, and twirling that Ballet Cat likes to do. When Sparkles's leaps, spins, and twirls seem halfhearted, Ballet Cat asks him what's wrong. Sparkles doesn't want to say.